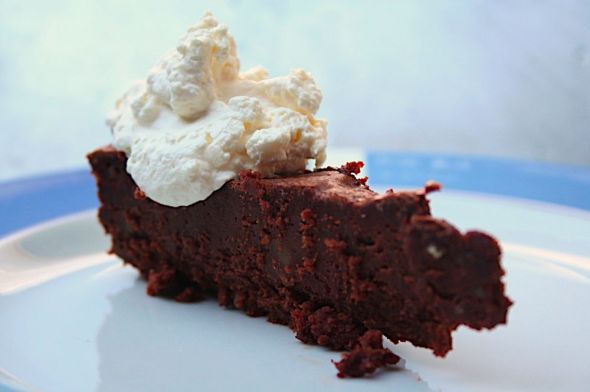 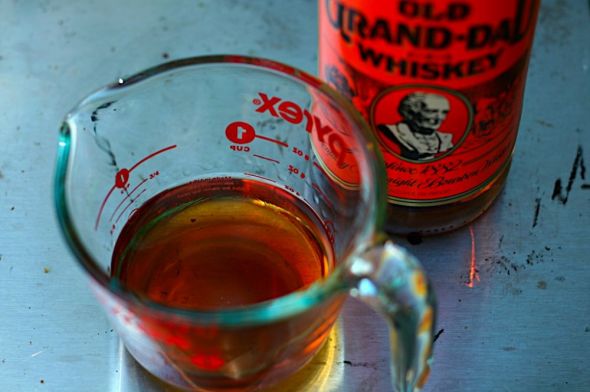 Just for the chocolate though.  Well, and the pecans.  But not for me.  It is, after all, still summer.  Just so we’re clear.
END_OF_DOCUMENT_TOKEN_TO_BE_REPLACED 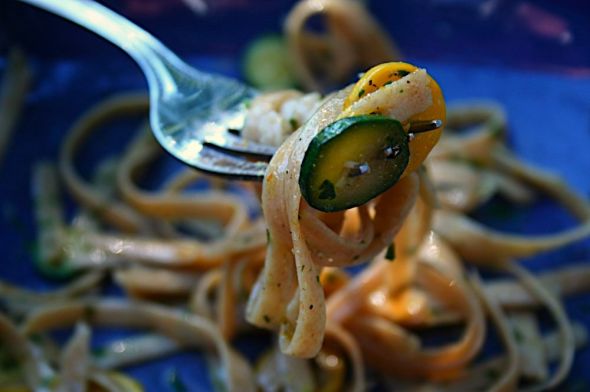 Alice Waters is one of my culinary heroes, but I often read her recipes and think, “There’s no way that could be any good — it’s too simple.”  Then I make them anyway because I am always always wrong.

This one starts with flowers and ends with butter, and if the novelty of eating flowers doesn’t win you right over, the zippy nasturtium butter certainly should.  It’s the foundation of the dish and a prime example of the simplicity that is Alice.  You combine a few teaspoons of herbs, some shallots, and a handful of nasturtium blossoms with a few tablespoons of butter; let it sit for an hour or so; and that, surprisingly, is all the flavor you need.  The pepperiness of the nasturtiums and the freshness of the herbs seep into the butter, creating a delightfully unexpected complexity.
END_OF_DOCUMENT_TOKEN_TO_BE_REPLACED 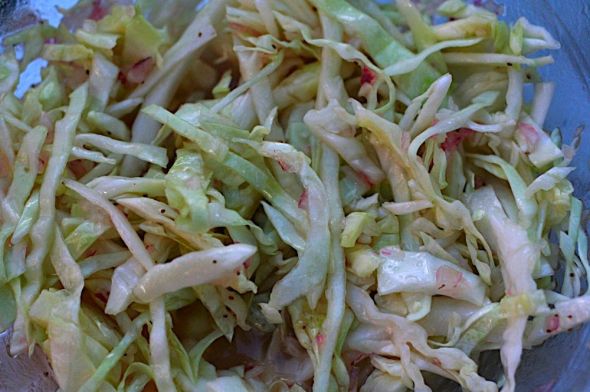 There are many fine uses for mayonnaise, but coleslaw dressing ain’t one of ’em. Actually, it’s possible that somebody somewhere makes a decent mayo-based slaw, but that mound of gloppy white mush masquerading as coleslaw in deli departments and dive bars across the land?  Kill me now. 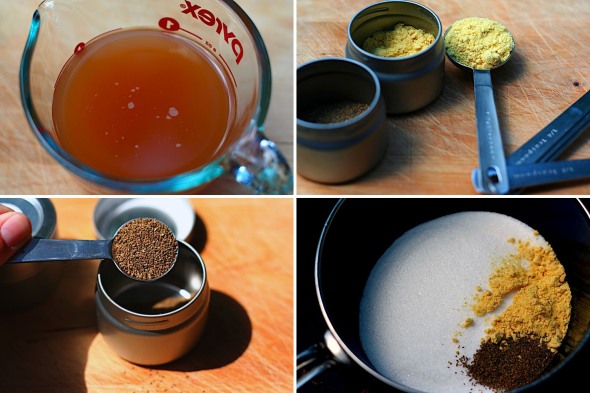 What you want is a light, tangy dressing that clings ever-so-slightly to the slaw, a dressing whose flavor gradually seeps into every pore of the cabbage without diminishing its crispy, crunchy goodness. What you want is vinegar.
END_OF_DOCUMENT_TOKEN_TO_BE_REPLACED 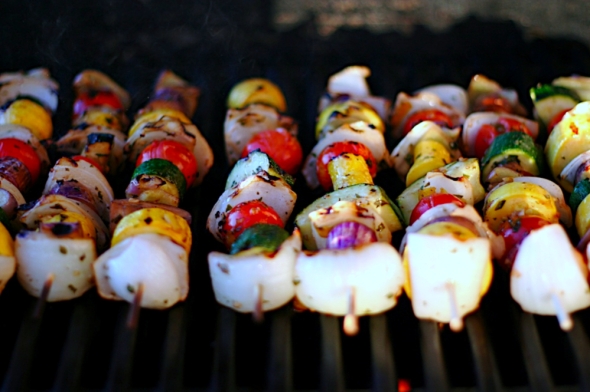 I’ve always wanted to be the kind of person who can wander through the grocery or farmers market and spontaneously plan a meal based on what looks good.  But I’m not.  I’m more the kind of person who, if she doesn’t have a carefully crafted list in hand, will come home with a random assortment of lovely-looking stuff, none of which has any business being on the same plate.

So while ordinarily I try to have at least a general idea of what I might like to make before coming into close contact with vegetables, it doesn’t always work out that way.  Like on my last trip to the farmers market, for example. 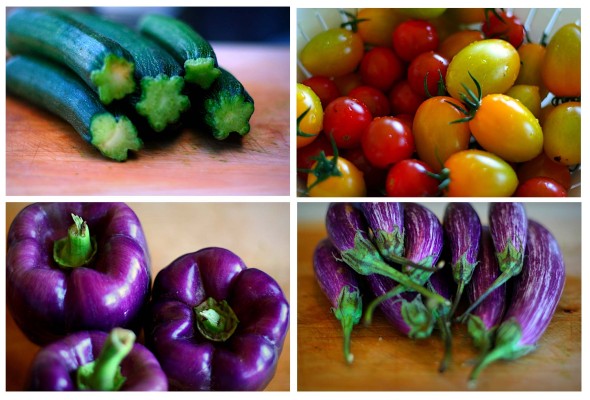 I was accompanied by my mom, who doesn’t particularly enjoy cooking or even eating, but who really likes buying things.  She’s also the kind of person who keeps four bottles of ketchup on hand.  Just in case.

So it should really come as no surprise to anyone that our unsupervised visit to the farmers market yielded thirteen ears of corn, a pound of eggplant, two pints of cherry tomatoes, a pound of zucchini, two pounds of squash, five large onions, several peppers, and two pounds of potatoes.  Oh, and no plan.
END_OF_DOCUMENT_TOKEN_TO_BE_REPLACED